An unusual itinerary in the Diana region that touches the legendary island of Komba (the island of lemurs), which also combines trekking trails in the spectacular Tsingy of Ankara, Tsingy Rouge, and the Amber Mountains. It ends in Nosy Hara Park, an authentic natural botanical temple and submarine, a favourite refuge for endangered species such as ospreys and the dugong.

TOURS IN THE NORTH WILL BE SUSPENDED FROM JANUARY 15 TO MARCH 15 EVERY YEAR, DUE TO THE INACCESSIBILITY OF TOURIST SITES.

– All airport transfers and receptions, as mentioned in the program.
– Excursions in 4 × 4 vehicle/boat, as planned.
– Accompanying guide speaking Italian during excursions.
– Driver.
– 24H assistance.
– Accommodation in the Hotels mentioned in the program or similar.
– Meals as indicated in the program (L = lunch + HB = half board FB = full board) Lunches on all excursions indicated.
– Entry fees and tickets for parks and tourist sites.
– Madagascar National Park (MNP) certified guides for park visits.
– Bottled water during excursions.
– Tourist and hotel taxes.

Meeting at Fascene Airport, transfer to Hellville Harbor (15 min. drive), and boarding a boat for Nosy Komba (20 min. Via speed boat). You will then visit your accommodation. A welcome cocktail is also offered, Followed by dinner and overnight stay at the hotel 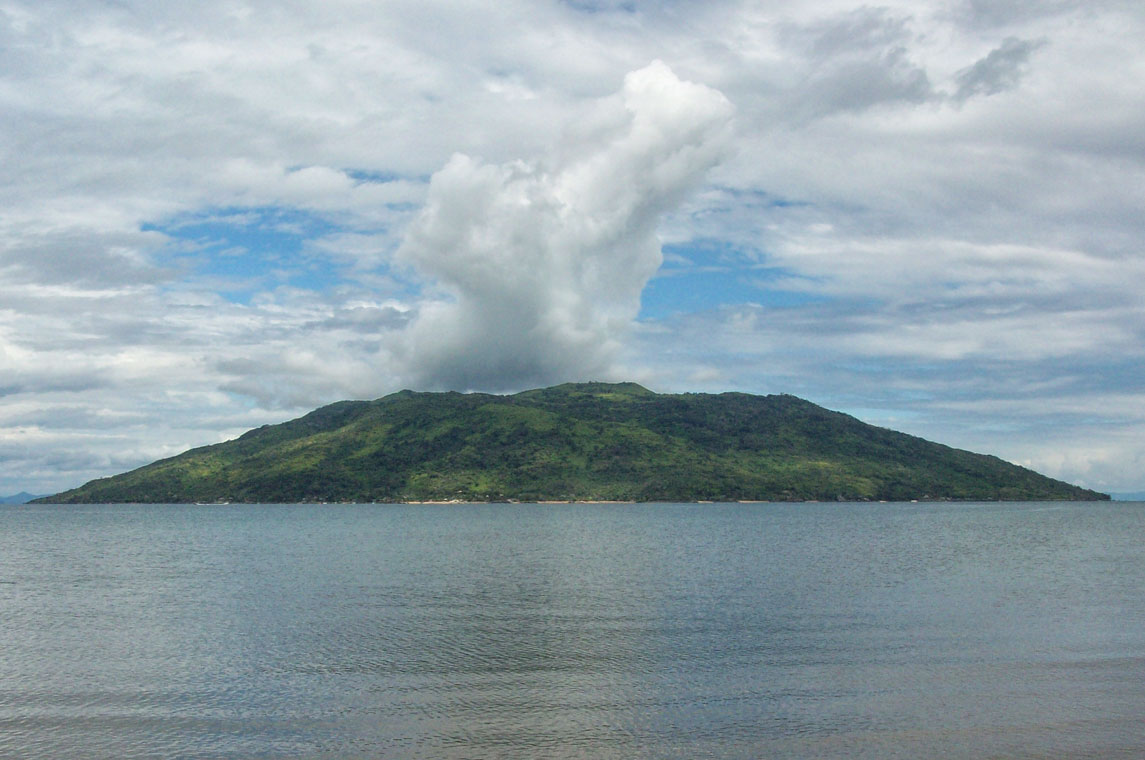 Breakfast at the hotel, full day available for a visit to the lemur park (which usually takes about 1 hour). Followed by relaxation, beach, or shopping in the village of Ampangorina. Lunch in a typical restaurant on the beach will be offered. Followed by dinner and an overnight stay at the Hotel.

After a hearty breakfast at 07.00, you will transfer to Ankify. Here you will meet with the guide and depart for Antsaravibé, which takes about 3 hours by road. You will transfer to the Iharana tented camp, a departure base for different itineraries which are evaluated on-site according to the group’s physical capacity. 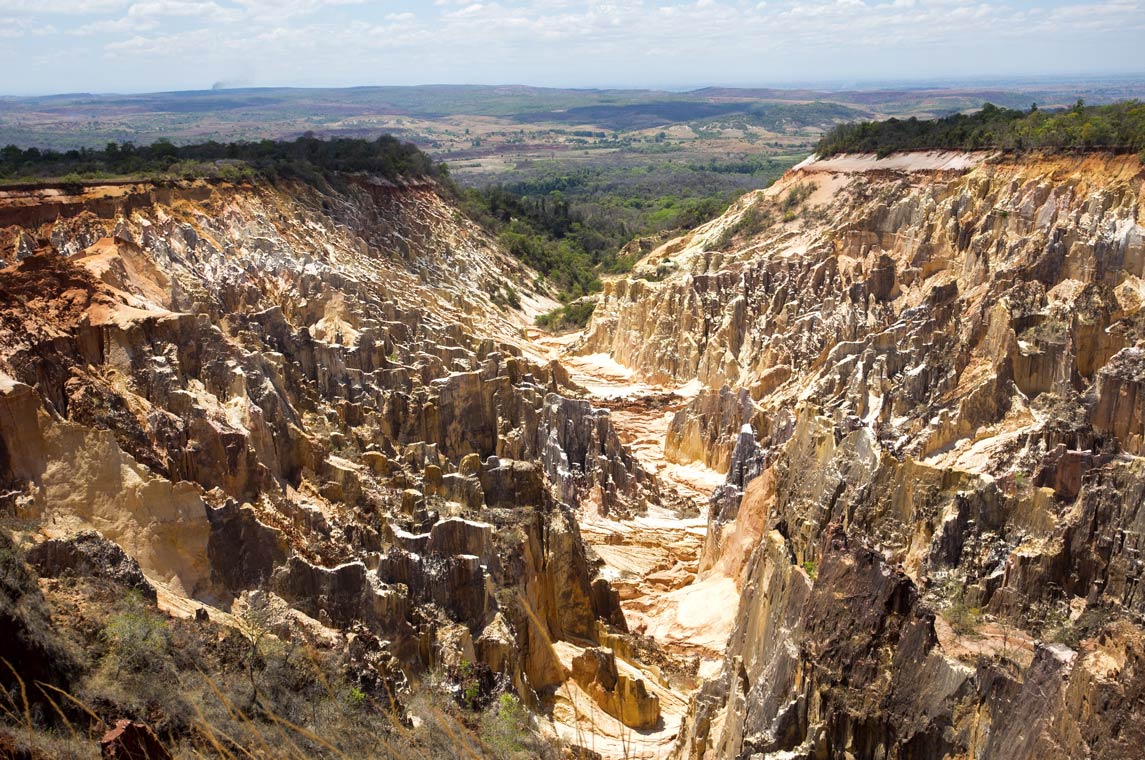 A day dedicated to hiking in the vast territory of the West Ankarana massif through villages, admiring unique landscapes, and you will be in contact with the local population. Along the shores of Lake Mahatsabory, it will be possible to spot rare birds such as Drongo, Hummingbird ‘, Kingfisher, and Birds of Prey. You will have the opportunity to observe the life of the villagers engaged in their daily activities – the cultivation of vegetables, cotton, corn, and rice. These are very skillful people who still follow the traditional methods handed down from generation to generation. The park is home to a wide variety of wildlife, including some species of lemurs, and various endemic plant species.
Possibility of visiting the “Camaleont” caves, the Tsingy massif by canoe, the Tsingy viewpoint, depending on the time available and the physical capacities of the participants, as it is in certain areas that are difficult to access.
Followed by lunch at the camp restaurant. Along the Tsingy massif in front of the Lodge, we will board the traditional canoe built out of local wood. You will be rocked by the current of the Mahavavy river while admiring the landscape rich in flora and fauna: different species of birds including kingfishers or drongo (considered here as kings of birds) and colorful butterflies. Ideal place for lovers of photography and unspoiled nature. From the lake, you will appreciate the splendor of the colors at sunset in a calm and exciting environment

Departure from Antsaravibé, in a north-easterly direction through the village of Isesy and ever-evolving landscapes, from sugar cane plantations to rice paddies. We will finally turn west until we reach Joffreville which rises at the foot of the Montagne d’Ambre. 15 km of track – 140 km of paved road (at times rough). Followed by a visit to the National Park. Visit to Ankarana East National Park. 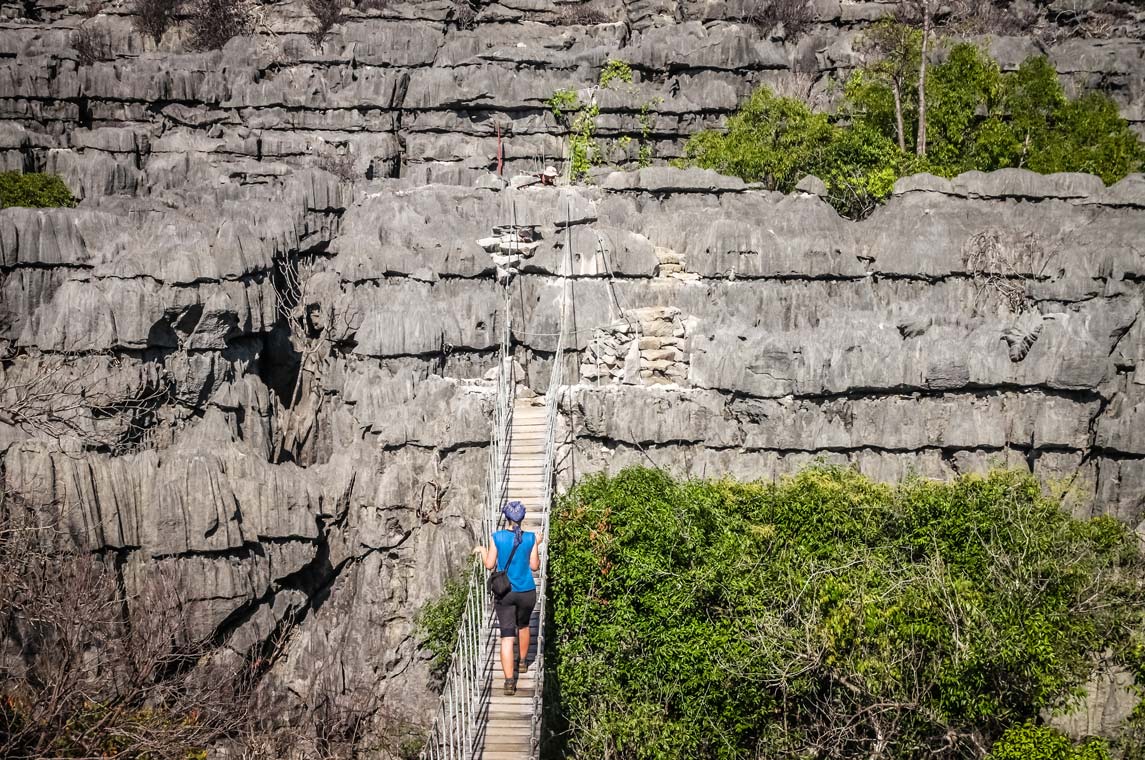 Tour of Mahamasina Park, located roughly halfway between Ankify and Diego Suarez with a guide

Certified NATIONAL PARK OF MADAGASCAR. The park is characterized by dry tropical forest and rugged paths in the forest. The route varies depending on the time available and physical conditions, from 2.5 to 4 hours of walking.

Different circuits are possible, according to the guide. Among which: the Perte de Rivière, the Tsingy Tower, the Tsingy Rary, the suspension bridge, and the “Bat Cave”. Lunch is offered at the small restaurant “Chez Aurelien”, a typical Malagasy structure located at the entrance from Ankarana Park. Transfer to the hotel in Joffre Ville.

NB: the visit of the suspension bridge and the cave of the bats are only possible for the circuits which include the night in Ankarana, which is not possible on the circuits departing or arriving from Diego or for the transfer from Diego Suarez to Ankify and vice versa.

Visit to the Montagne d’Ambre National Park and the Tsingy Rouge Canyon. 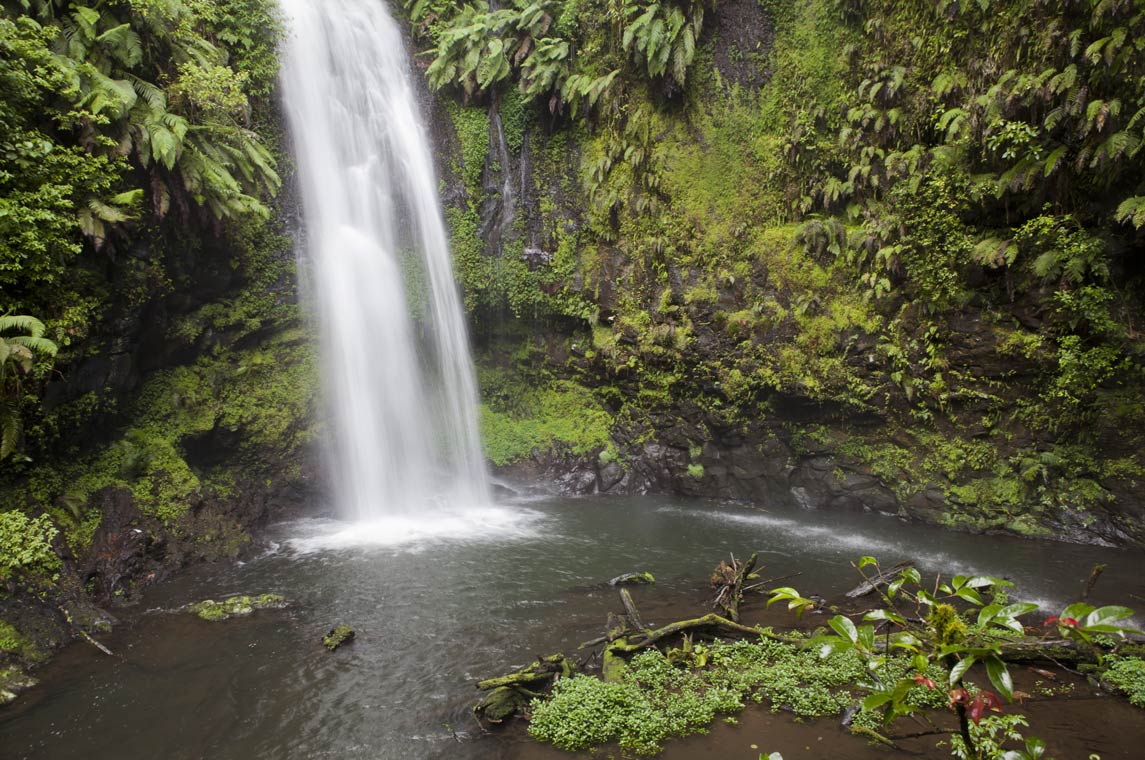 Visit the park of the Amber Mountains with a certified MADAGASCAR NATIONAL PARK guide for a trial of about 2.5 hours of walking. Evergreen forest with humid tropical microclimate, forest paths, botanical paths, waterfalls. The park is home to 7 lemur species and a variety of endemic terrestrial species that can be observed in their natural environment. Lunch is offered at a local restaurant in Joffre Ville.

Visit the fascinating natural geological formation site, created by the combination of combustions, erosions, and infiltrations: the Tsingy Rouge made up of stoneware, marble, and limestone, creating their ephemeral spiers in all their beauty, in the center of the only sedimentary basin of Madagascar.

Departure from Joffreville and transfer to the hotel in Diego Suarez (45 km of paved road, sometimes rough).

Departure for Nosy Hara at 6.30 am. Installation in the room. 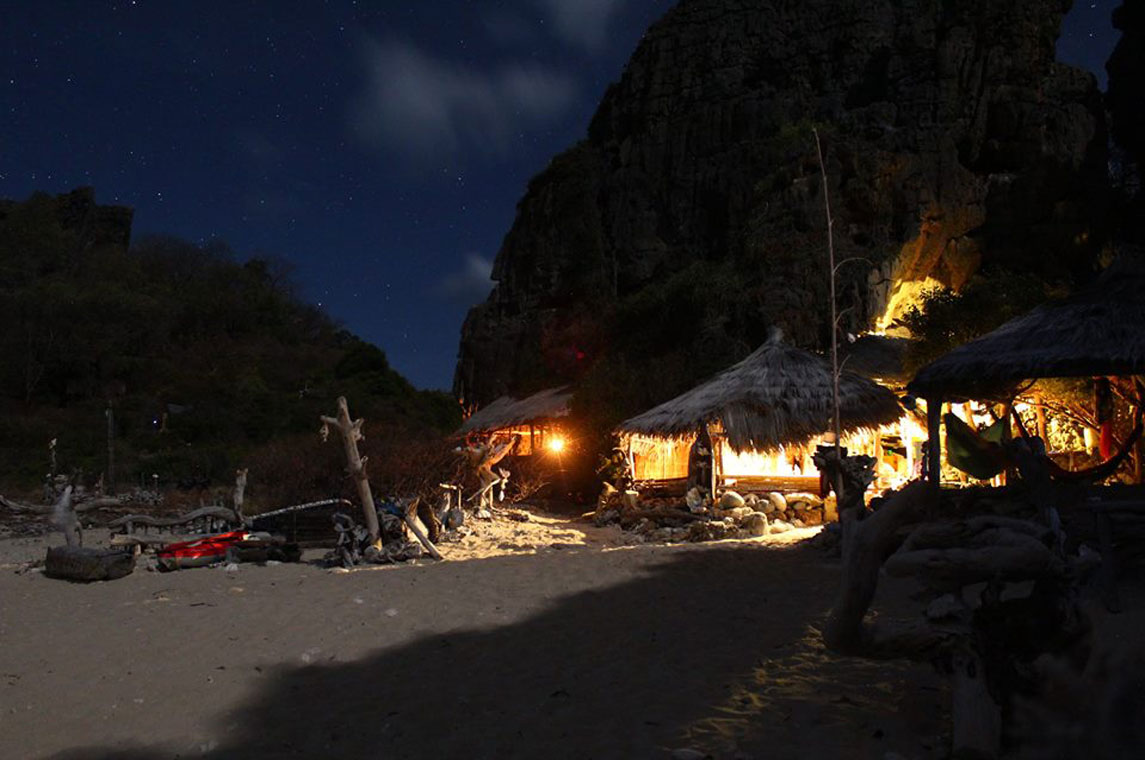 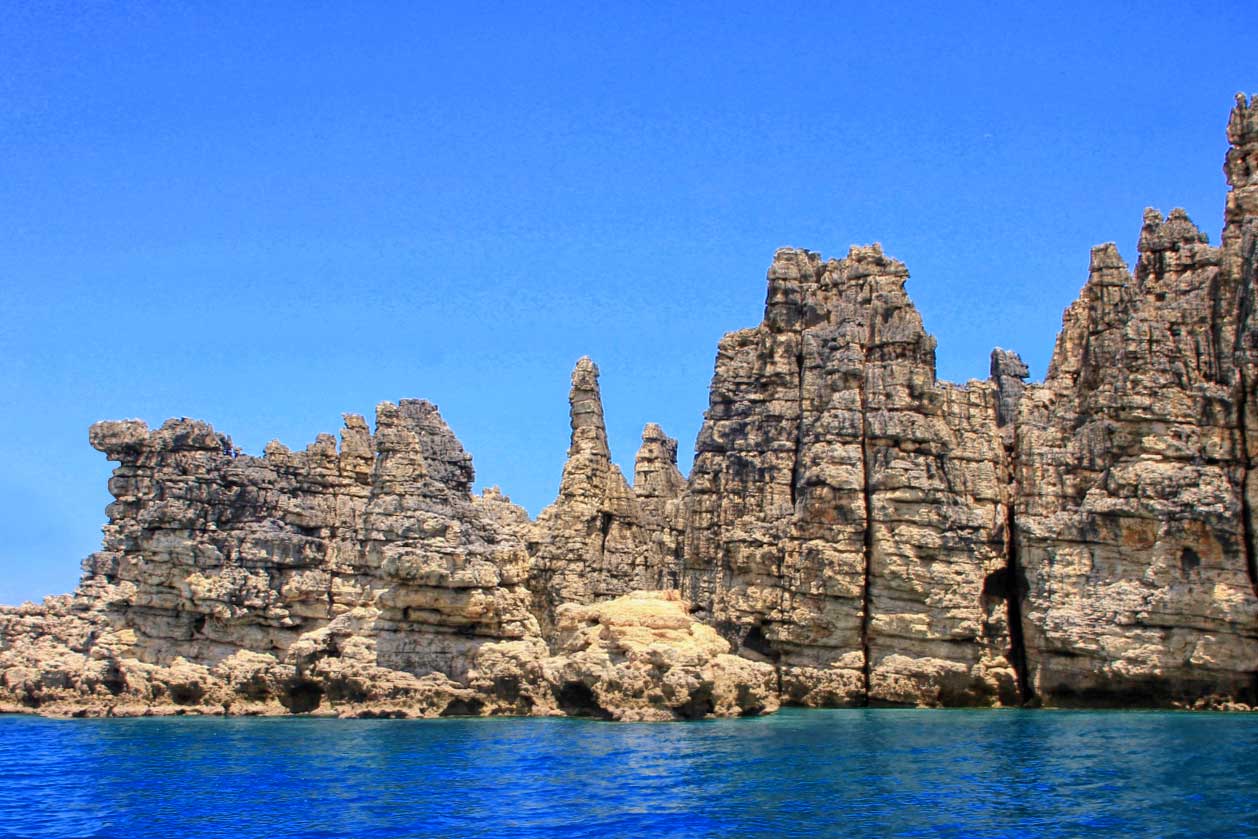 Transfer to Diego Suarez, arrive in Diego around 11.00, and transfer to hotel. Spare time for lunch. 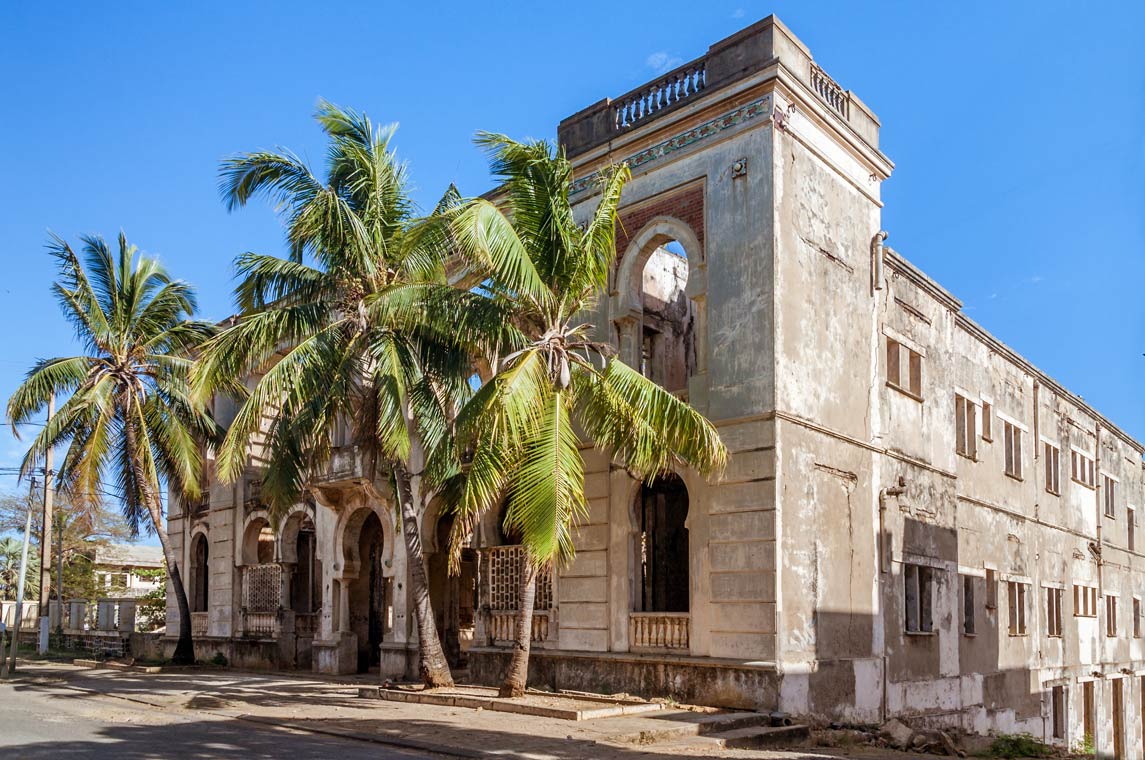 Guided tour of the town of Diego Suarez (Antsiranana). A characteristic place where the old colonial architecture and the French influence stand out. The fruit and vegetable market is very colorful, as are the hundreds of yellow taxis (Renault 4) and the agile tuk-tuk. Return to the hotel.

Transfer to the hotel in Ankify / Nosy Be. End of service

Possibility of making a extension in the Hotel of the archipelago of Nosy Be. ** see our hotel section. 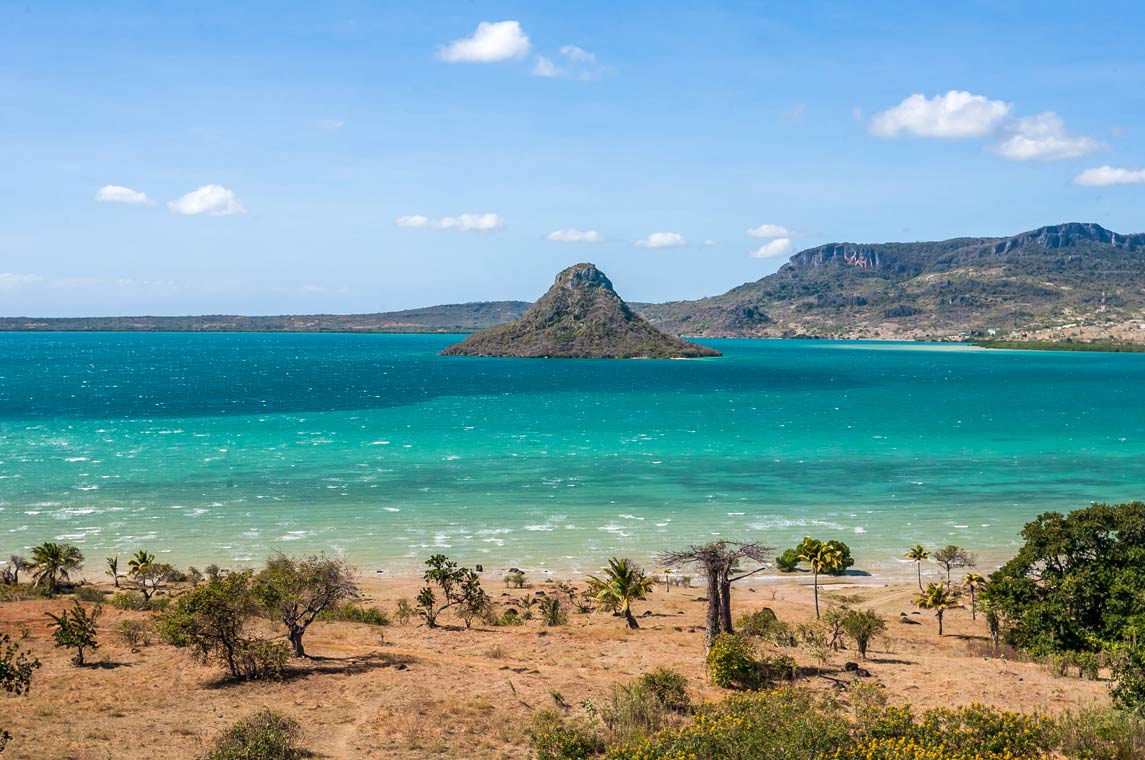 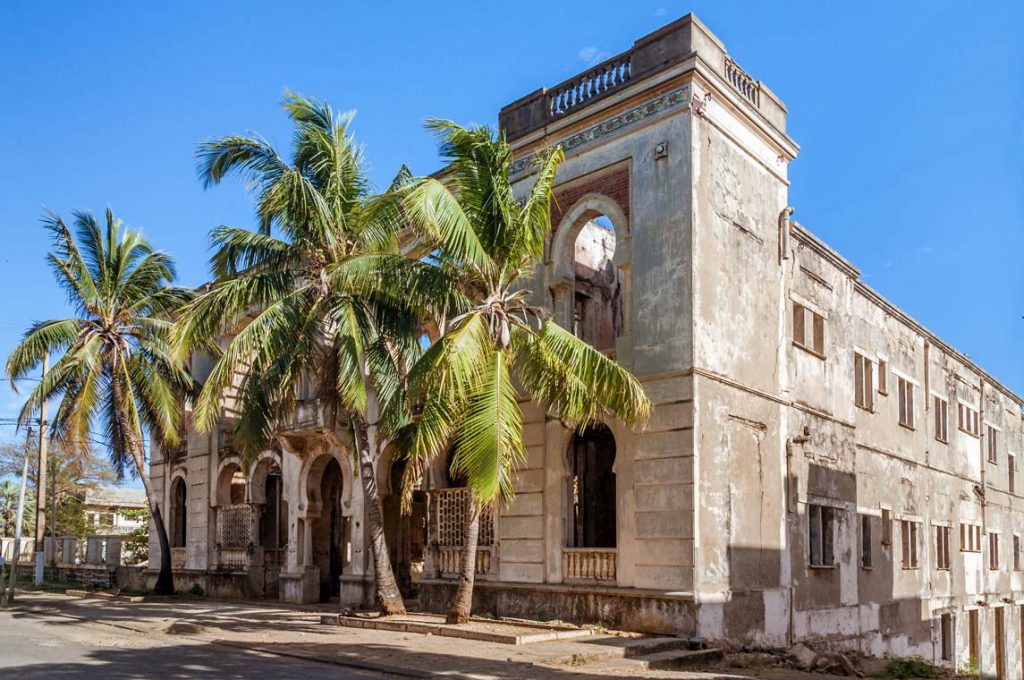 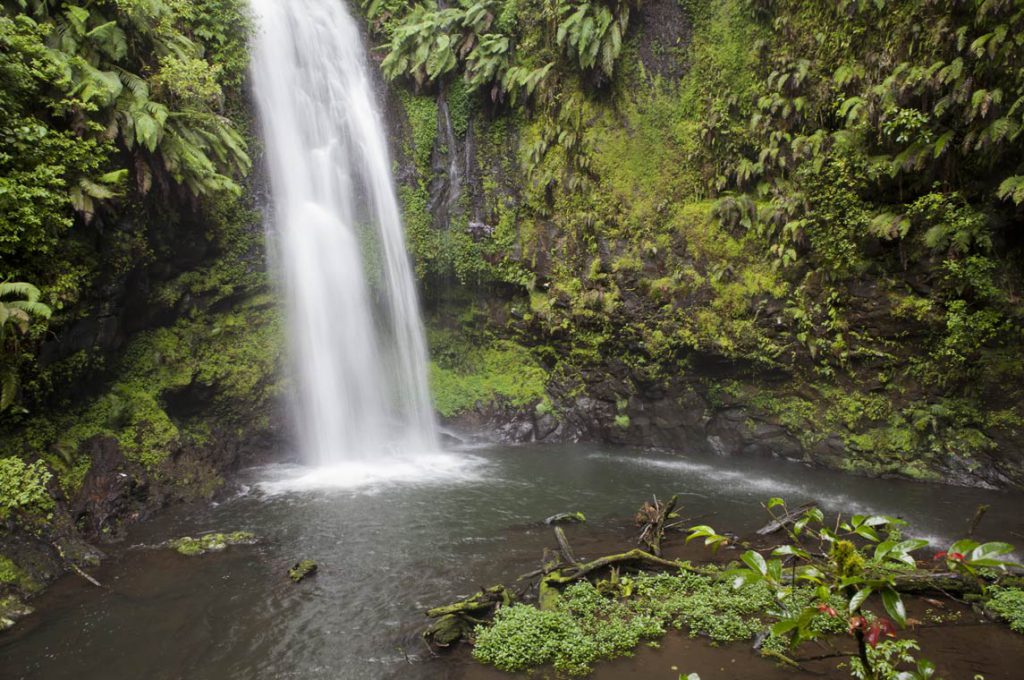 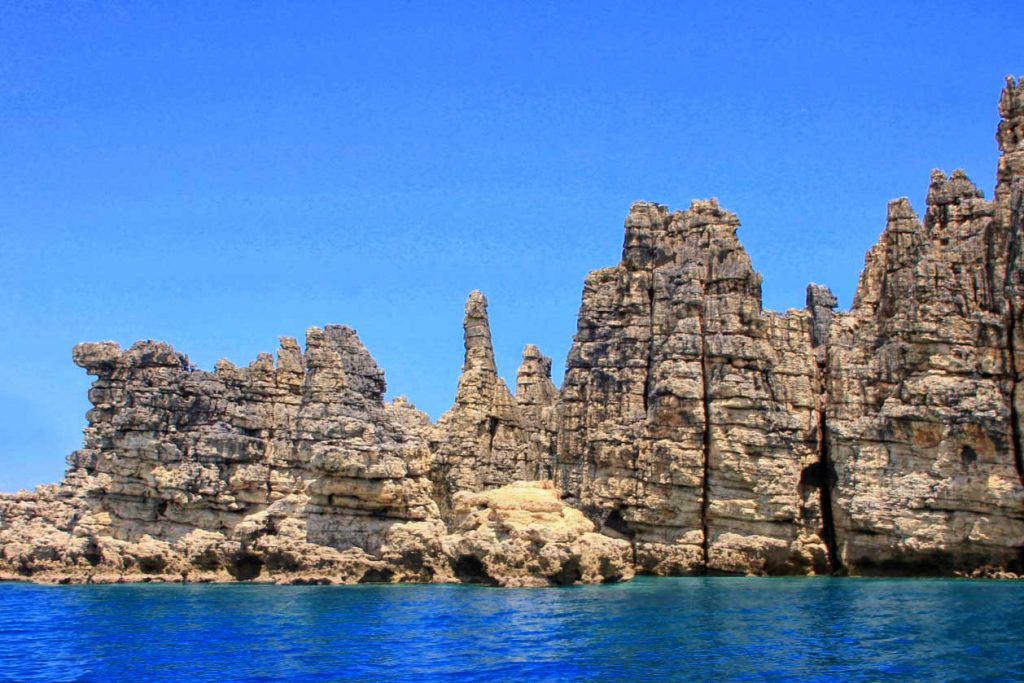 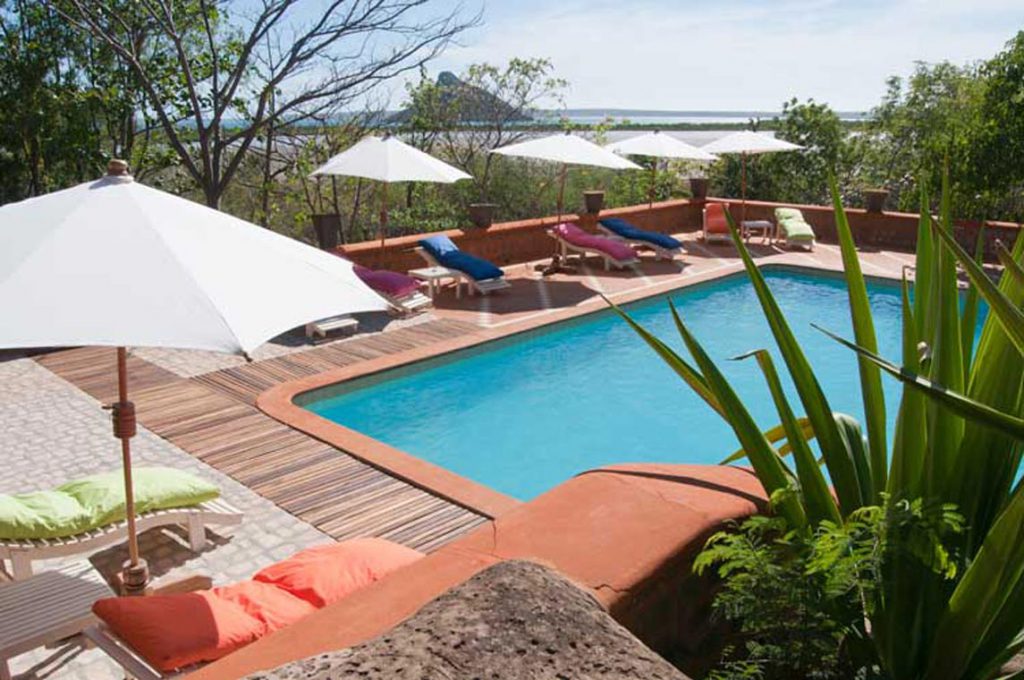 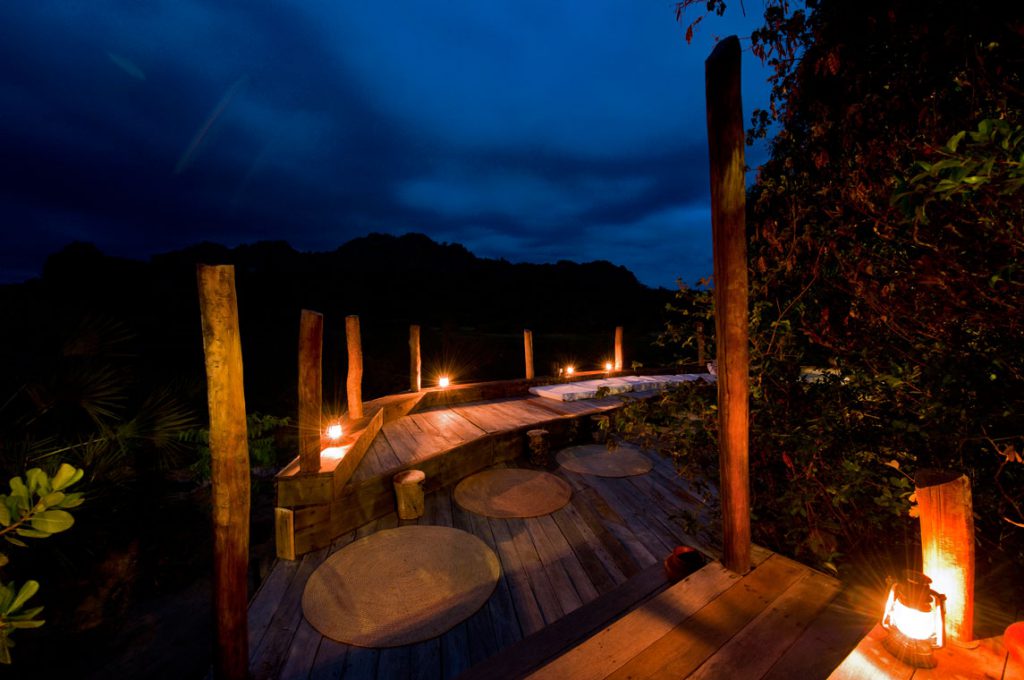 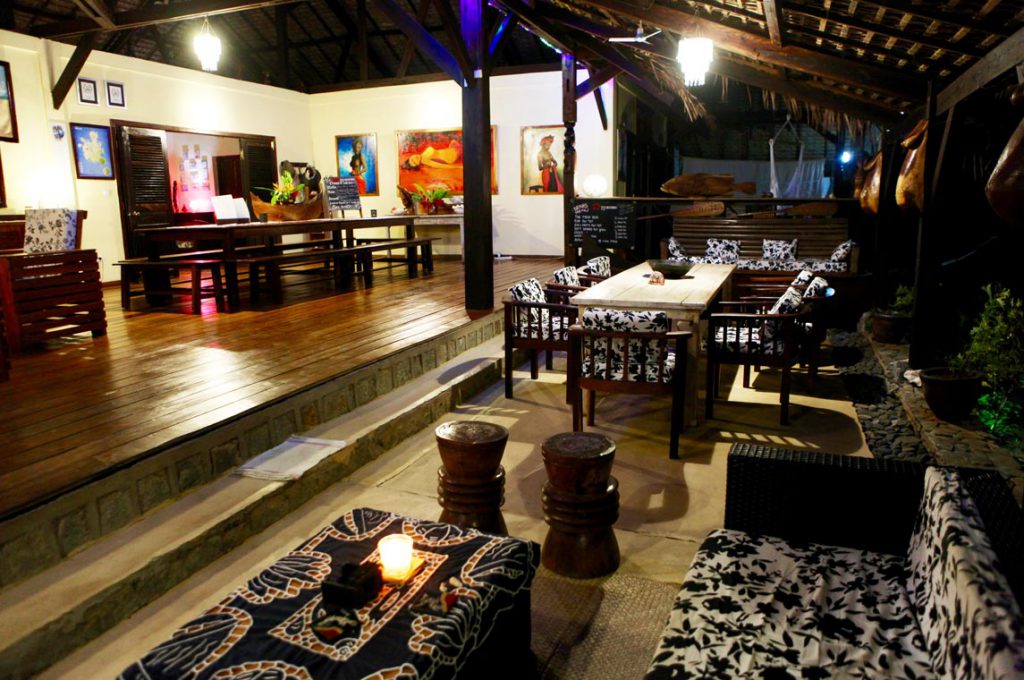